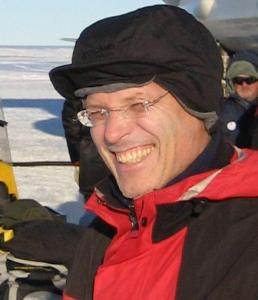 Climate change is leaving the world’s northernmost inhabitants literally lost for words, according to Beijing Normal University‘s John Moore. “Arctic indigenous people have no local names for bird species migrating into their areas, showing that they have not been seen over the history of their oral tradition,” he explains. Moore also has his own personal connection to the impact of global warming, with ice shelves in Antarctica where he worked in the 1980s having ceased to exist since. Moore expects that further breakup and retreat of ice will follow as temperatures rise. “Dramatic changes are very clearly seen in glaciers in many mountain regions, Greenland’s melting and glacier flow, and the on-going acceleration of glaciers in parts of West Antarctica,” he says.

While these likely impacts are clear, other future happenings are not. “We have been doing a CO2 experiment for centuries and we are still not sure of all the detailed impacts,” Moore says. We know less still about a group of suggested methods for tackling climate change without reducing greenhouse gas emissions, together known as geo-engineering, making using them a potentially high-risk strategy, Moore notes. “Modifying the climate is bound to be risky since every living thing depends on it,” he says. “Human civilization is about as old as the stable climate period of the Holocene,” Moore says. “We know that over the previous 100,000 years climate was very unstable compared with this period. It seems civilization’s origins relied on a stable climate – cities dependent on agriculture would have been unsustainable in a variable climate.” However, geo-engineering could help keep the climate stable while we reduce our greenhouse gas emissions, he adds. “There may be real benefits in helping to get us over the fossil fuel dependency and on to a more sustainable track.” END_OF_DOCUMENT_TOKEN_TO_BE_REPLACED