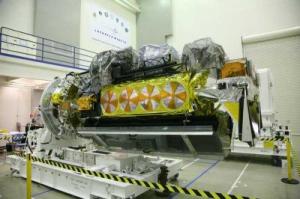 After several hundred papers, two expert assessments, and numerous political hearings, conflicts in climate science posed by high-profile claims that there is no warming trend near Earth’s surface have finally been resolved. The controversy surrounds the first measurements of temperatures in the troposphere – the segment of the atmosphere closest to Earth’s surface – taken by satellite. In 1990, John Christy from the University of Alabama, Hunstville (UAH), and Roy Spencer at the Marshall Space Flight Center, also in Huntsville published their analysis of the first decade of measurements. They found that there has been no clear temperature rise over the prior decade, a serious disagreement with the increases seen in measurements made at the surface.

Now US and UK scientists have reviewed the research done in the 20 years done since that paper and another 20 years before it, and found that the disagreement has been accounted for. In a Wiley Interdisciplinary Reviews – Climate Change paper published on Monday, the team says that while it is now clear that warming is happening, debates remain on exactly how rapidly. Additional collections of data that have been established more recently than the initial research played an important part in clearing up the controversy. “There is an old saying that a person with one watch always knows what time it is, but with two watches one is never sure,” said Thomas Peterson, lead scientist at the US National Oceanic and Atmospheric Administration’s National Climatic Data Center. “The controversy started with the production of the first upper-air temperature ‘watch’ in 1990, and it was only later when multiple additional ‘watches’ were made by different ‘manufacturers’ that we learned that they were each a few minutes off. Although researchers all agree the temperature is increasing, they disagree how much.” 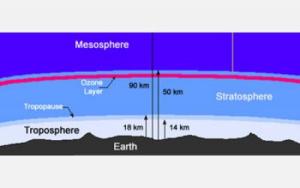 The troposphere is the layer of the atmosphere nearest Earth. Credit: NASA

Satellite measurements are one of the three main ways to measure tropospheric temperatures. They use microwave sounding units to measure microwave radiation welling up from Earth, which varies in direct proportion to temperature. The second approach, surface temperature measurements, collects data through weather stations over land, and ships, buoys, and various other methods at sea. The third way is to use radiosondes, expendable instrument packages carried by balloon that typically include temperature, relative humidity, and pressure sensors. These present the longest available archive of atmospheric data. When Christy and Spencer’s 1990 paper was published, it disagreed with the surface temperature and radiosonde records and climate models.

The differences mainly arose due to problems in both the radiosonde and satellite records. Among the issues in the satellite records were that the different satellites performed slightly differently, with one in particular found to need special treatment shortly after the 1990 paper. Another problem comes because satellites must pass over the same spot on Earth at the same time each day to get a temperature average. In reality the satellite drifts slightly as it orbits, and this changing location must be adjusted for in the data. An error was found in this drift adjustment methodology, which revealed greater warming in the tropics and less elsewhere.

Today, Christy and Spencer’s UAH record, as it’s known, is accompanied by other satellite-based datasets. This is important, as Peterson and his coauthors note in their paper, as one version of a dataset cannot alone adequately define how certain or uncertain the information it contains is. “Looking to the future, it is only through robust and varied observations and data analyses that we can hope to adequately understand the tropospheric temperature trend,” said Peterson’s colleague Dian Seidel, a NOAA scientist at the Air Resources Laboratory, in Silver Spring, Maryland. Siedel works with one of those alternative satellite data sets, known as RSS.