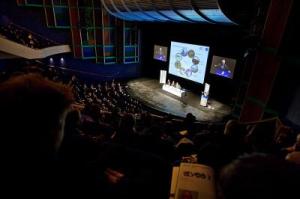 Considering that its basic principles are in many ways in conflict with human nature, I often think it’s surprising that science is as successful as it is. Science relies upon objectivity – the need for scientists to try and ignore what they feel might happen, and draw their conclusions based on their observations. Yet we all have our own feelings and bias that must in some way influence what we think, including scientists. When taking science into society more broadly, this subjectivity can then make the science controversial, as can be seen by how strongly people can feel about climate change.

Some scientists who have talked to Simple Climate this year have tried to tackle how to make this move from science to society when explaining climate change. It’s those answers that are included in this week’s poll to choose the best explanation. Read these efforts to make the science personal and discussions about how hard it is to do this. Then please vote for your favourite and/or comment at the end to help me with one of the aims of my blog – producing a single, simple explanation of climate change. If you haven’t already voted in them, the first two polls – one on the direct explanations of the physics underlying climate change and one rounding up the one-line and metaphorical explanations – are still ongoing, and I’d appreciate your votes in them too. END_OF_DOCUMENT_TOKEN_TO_BE_REPLACED